Flying from the U.S. to Bali

What is the best way to fly from the U.S. to Bali?

From most of the USA, the flight to Bali is one of the farthest places you can travel to on the globe.  It’s a long way to travel, but we assure you that it’s entirely worth it, and there are a number of options for this long flight. 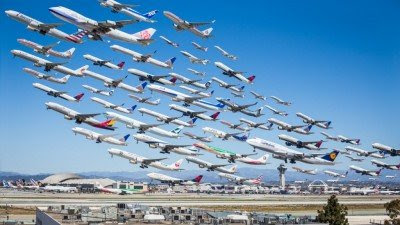 Most people start looking on a site like Kayak for flights from their home to Denpasar, Bali (DPS).  You can sometimes find some decent flights all the way to Denpasar. ANA (All Nippon Airways) often has flights all the way to DPS for around $1150.  These flights often consist of a short layover in Chicago (ORD), then a long non-stop flight to Narita Airport in Tokyo (almost 13 hours), then a long layover in Tokyo (from about 8pm to 11am).  Though I’ve never flown through Narita, many people say it’s a nice airport and has opportunities for easy transit to Narita City on your own or with a tour.  [You can see their rave TripAdvisor reviews here].  You would then embark on a direct flight from Narita to Denpasar (7 hours).

Fly to Singapore first, then on to Bali

There is another option, though, which is sometimes cheaper and some may say it’s a better option overall.  You can get a return flight to Singapore and then a separate flight from Singapore to Denpasar.

Flying from the Eastern half of the USA, I’ve found good flights on United Airlines from $1100 to $1350.  The flights typically fly from Newark or LAX to Hong Kong (Newark to Hong Kong is 16 hours, from Hong Kong to Singapore is 4 hours).  Flights into Singapore typically arrive around midnight.

Flying from the western half of the USA is cheaper.  Flights from LAX or SFO are often under $1000 roundtrip to Singapore (more if you’re flying from Phoenix or Albuquerque).  If you have a chance to fly on Singapore Airlines, it’s often rated as the best airline in the world and is my personal favorite.

If you’re flying into Singapore it’s well worth staying there for a night or two.  It’s an absolutely amazing, wonderful, fun, and interesting city.  Accommodations are expensive but food can be very cheap and it’s so easy to explore.  The airport is gorgeous and has been ranked #1 in the world by many reviewers.  SkyTrax (the foremost authority on airport rankings) again rated Singapore as #1 in the world in 2014. 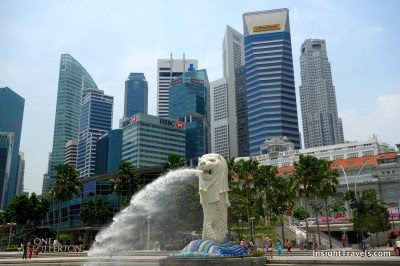 Lauren and I have spent a lot of time in Singapore finding the best hotels in different price ranges and would be happy to help you find one that meets your needs.  We also have some favorite places for the famous cuisine of Singapore—keep an eye open for another blog article on that topic or ask us if you’re passing through Singapore.  We’ll help you plan your whole stay in Singapore.

If you’re transiting through Singapore but don’t want to venture into the city you can stay at their transit hotel.  You will have to book early (at least 6 weeks before) but it can be a good option [their Budget Rooms are about $36 for six hours plus $12/hour thereafter]

From Singapore, there are many flight options to Denpasar.  Our favorite is probably AirAsia.  You can get flights for under $200 including all taxes & fees.  We can help you decide how much time to spend in Singapore and which flights to Denpasar would work best.

One more note…  Research done at CheapAir says that the optimum time to purchase tickets from the US to Asia is 129 days before the initial flight.  That said, they also write that purchasing tickets too early is much better than purchasing them too late.  It is also worth noting that tickets cannot be purchased before 330 days prior to your return flight.