Taste of USA promotion at Bangkok markets–what do you think?

On our way out of the Bangkok airport a few days ago, I saw a billboard for a “Taste of USA” festival at a chain of markets in Thailand. That intrigued me; what do people overseas think that Americans eat?  Although it sounded like something I would be interested in seeing, I quickly forgot about it.  As it is, I’m barely going to have enough time to scratch a few things off my massive To See/Do/List during this short trip. However, when we stumbled upon the Taste of USA promotion at the Central Food Hall in CentralWorld yesterday, I was very excited to see how the US was represented in this capital of culinary delights. 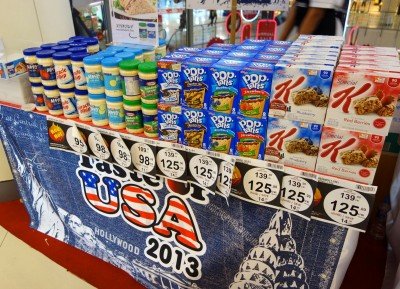 Pop-tarts and mayonnaise. Oh my.

I love food; looking at it, shopping for it, smelling it, eating it, talking about it, reading about it, cooking it. And I love doing this in America, because I know you can do it well and healthily, if you’re motivated.  But I was not surprised, and couldn’t get that upset, at how our country was represented during this event. Even the press release was dismal, highlighting pies, beef, and canned goods.

Almost every endcap in the store was tied in to this promotion, amongst other displays. It was the pomp surrounding the dismal displays that really made me blush; this was the very first time while traveling that I felt embarrassed about my home. *This* is American cuisine?  Rather, this is what is perceived as American cuisine?  Having lived for years in San Francisco and having spent time eating all over this country, I know this isn’t true.  On the flipside, I’ve been in a WalMart or ten in my day, and I know that sometimes this is the face of the American palate.

What do you think?  Is this a fair assessment?  What would you have added to the mix?  For full depressive effect, click on the picture for a larger image. 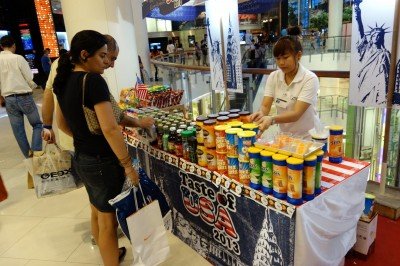 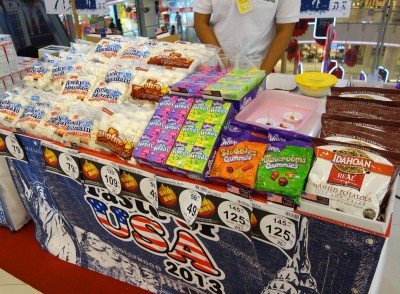 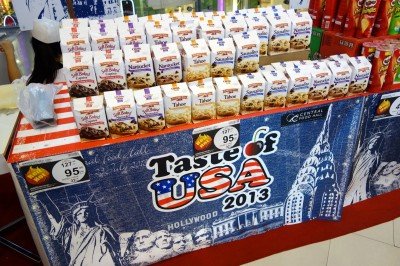 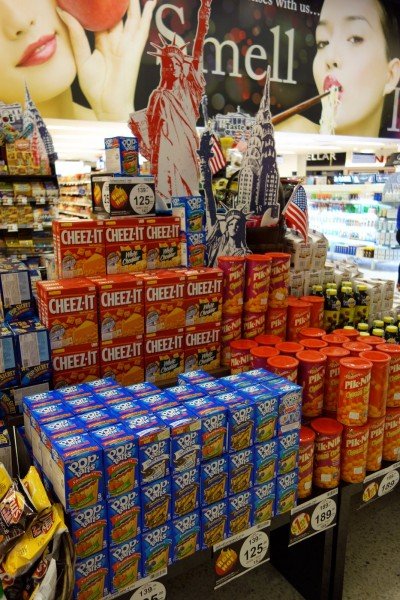 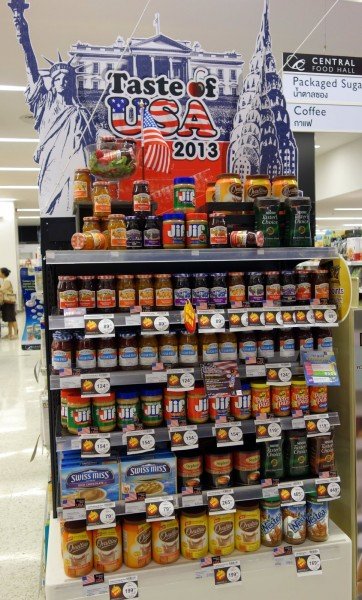 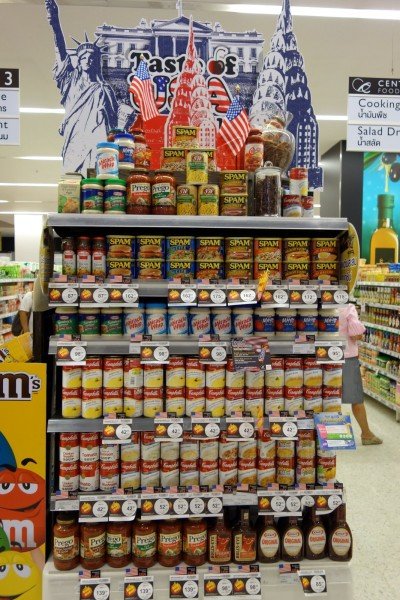 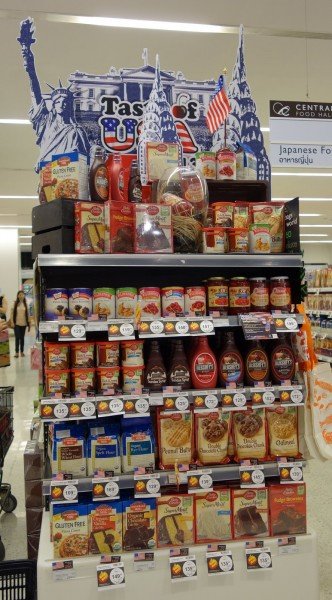 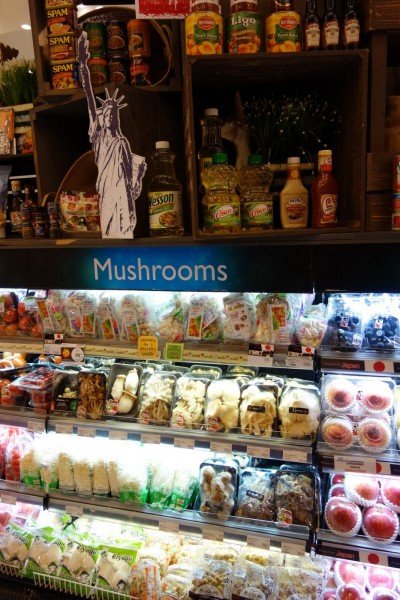 The contrast between our Crisco and their gourmet mushrooms is too much!